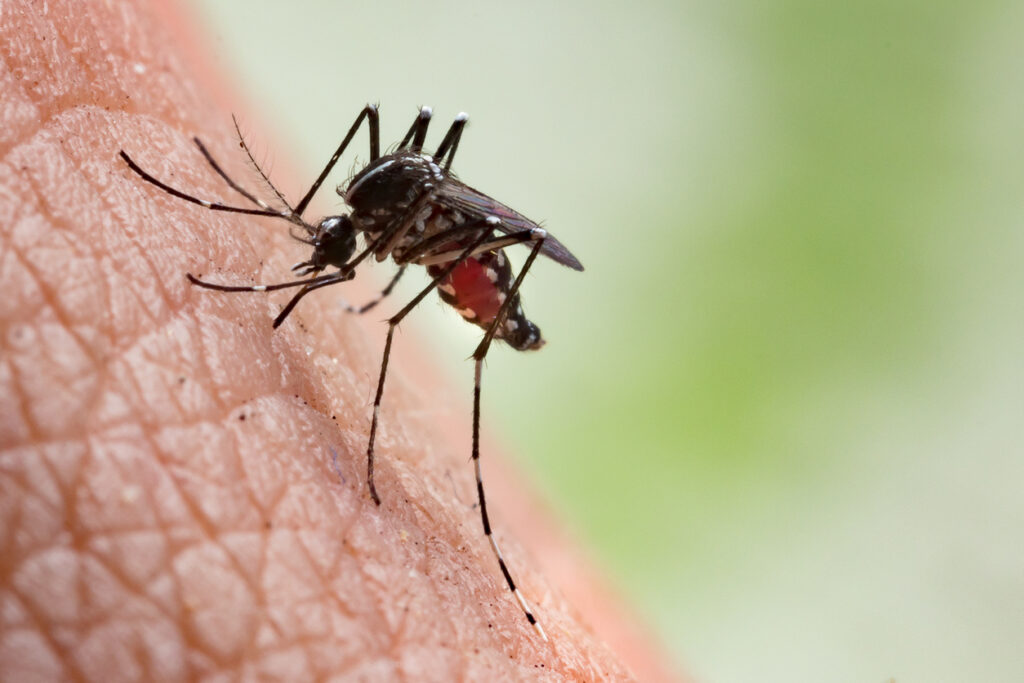 How to make an indoor mosquito trap: A step by step guide

Mosquitos are an absolute nuisance, there is nothing worse than being tucked up in bed and hearing that familiar buzz.

Whilst mosquitos are an important part of the ecosystem and are not being malicious, they are not something you want in your house, camper van, tent, cabin, or bushcraft shelter.

So, you are well within your rights to protect whatever indoor environment you are in on that occasion.

Depending on where you are in the world, mosquitos can go from a nuisance around your basecamp to becoming deadly.

Some mosquitos carry nasty diseases such as dengue, malaria, yellow fever and the zika virus. The World Health Organisation claim mosquitos kill over a million people a year.

This makes them the deadliest creature on the planet, well the deadliest after humans of course! They also pose a health risk to our pets, especially dogs and horses.

Why do mosquito’s bite

Well, it might be surprising to some, but male mosquitos don’t bite as they only feed on nectar.

It is only the female mosquitos that feed on blood and they do this for reproductive health.

Blood is very nutritious and contains all the amino acids, vitamins, and minerals she needs to make her eggs.

Once she bites you, she slips you an anticoagulant and she will sit there until she has gorged herself, then she flies off.

Do some people get bitten by mosquitos more than others

Everyone is at risk at being bitten from a mosquito, but it is true that some people are more likely to be bitten by a mosquito than others. Here are some examples for you:

How to identify a mosquito bite

They are actually pretty hard to identify, as people react to them differently. The bites will commonly leave a swollen red bump. However, you will generally react to them in a similar way to which you will react to any insect bite.

How to treat a mosquito bite

If you notice a bite then…

What do you need to make an indoor mosquito trap

Making an indoor mosquito trap is really easy and could be an interesting task to set your children, although young children should be supervised for safety reasons:

This is what you will need:

2 litre plastic bottle: soda bottles like a Coca-Cola bottle is ideal for this as they are made from thin and lightweight plastic but they are sturdy when filled with liquid.

Scissors: box cutter, or bushcraft knife. Basically, something to cut the bottle with.

Black marker pen: to draw a straight line around the bottle.

Tape measure: or ruler. This is optional as you can “eyeball” where to make the cut on the bottle.

Tape: scotch tape is a good choice as it is clear, but you can also use electrical or duct.

Sandpaper: this is optional.

Food scale: or a measuring cup or measuring spoon.

Brown sugar: you can also just use normal white table sugar, but we have found brown sugar to be slightly more effective.

Yeast: 1 gram. You will find yeast in the baking aisle of any supermarket.

250ml boiled water: or one cup depending on what measurements you use.

Step by step guide to making an indoor mosquito trap

Right, you have got all your materials together now its crafting time, let’s get to it:

Lie the bottle flat on a table. Use the measuring tape or ruler to find the halfway point on the bottle, in between the lid and the bottom of the bottle. This is usually around 10cm or 4 inches from the lid.

Obviously, it will differ slightly depending on the shape of the bottle. Take your marker pen and highlight where this halfway point is.

Now you draw a lie around the circumference of the bottle with your marker pen. A good way to do this is to place the pen on the mark you previously made with one hand. Then you slowly turn/twist the bottle with the other hand.

Now take your scissors, knife, or cutter. Then safely cut around the bottle on the line you have made, be especially careful when first cutting into the bottle, as this is when most accidents can occur if the bottle of cutting device slips.

You will also have sharp and somewhat jagged plastic edges when done, so always be careful with these. If you so wish, then this is the step where you could use some sandpaper to dull the edges.

Boil the 250ml of water slowly into the bottom section of the bottle, being careful not to splash the water onto exposed skin.

Now you will put the sugar into the water, be careful not to spill any or to make a splash. Then give it a stir if you like, but you do not need too.

Allow the mixture to cool to room temperature, which will take around 30 minutes at the most.

Now you add the yeast to the room temperature water, try not to get any yeast onto the sides as you do this, and you do not need to stir the mixture.

Now you take the top half off the bottle and take the lid off if you haven’t already. Turn this half of the bottle upside down, so the lid is pointing at the table.

Now push the top part into the bottom part where the mixture is, so that the 2 cut edges align with each other or until the open lid is about a cm from the mixture.

Now secure the 2 bottles in place with the tape. You will not need much as the 2 halves should be pretty snug already.

Top tip: if this is part of a lesson for a child, you could now decorate the outside of the bottle to make the trap more fun to build. Or you could get them to build a box with no lid to keep the trap in.

How does an indoor mosquito trap work

Yeast is alive and yeast loves sugar. So, the yeast eats the sugar for food, this digestion process produces carbon dioxide.

Mosquitos are attracted to the carbon dioxide.

They will fly into the large open area of the bottle and make their way down the bottle towards the source of the carbon dioxide production.

Once they are through the bottle lid opening, they are in the trap section and the find it hard to get out. What they tend to do is try to keep flying up the sides of the trap to higher elevation.

Then they will either get “stuck” in the liquid or die from starvation.

The design is basically the same as a fish trap.

How long does an indoor mosquito trap last

How long this type of indoor mosquito trap is effective for depends on 2 things:

Amount of trapped mosquitos: If you have trapped so many mosquitos, that it blocks new mosquitos getting in or limits the amount of carbon dioxide getting out then the effectiveness of the trap suffers.

Amount of sugar left in the solution: The yeast feeds on the sugar, which produces the carbon dioxide lure for the mosquitos.

Once all the sugar has been eaten, no more carbon dioxide will be produced. Therefore, the trap becomes useless. This takes about 2 weeks.

So, you will have to reset the trap every 2 weeks, or when a lot of mosquitos have been trapped. Whichever comes first.

To rest the trap all you need to do is take apart the trap. Then pour out the liquid and rinse with water. Then repeat steps 4 to 10 of how to make the trap.

Where should I use an indoor mosquito trap

After making an indoor mosquito trap, now you have to find the best place to put it.

Firstly, they need to be placed on an even and stable surface like a desk, table, counter, or floor.

Secondly, it needs to be in a place where it will not be knocked over by people, children, or pets.

How many do I need

Making and indoor mosquito trap is easy and cheap, so there is really no limit to how many you make, but there is no point making too many as that is just a waste of time and is inefficient.

These traps are really quick and easy to make, and are importantly made from readily available materials, and finally they very cheap to make… which is always nice.

The only real drawback with these is they don’t look very nice undecorated, as they look a lot like a bottle of swamp water with a load of dead mosquitos in them! But you can get around this with the Top Tip I previously gave.

If you want to reduce the chances of your being bitten, you must remember to change the sugar solution every 2 weeks, so write it down on a calendar or set a reminder on your phone.