How to Make a Deadfall Trap 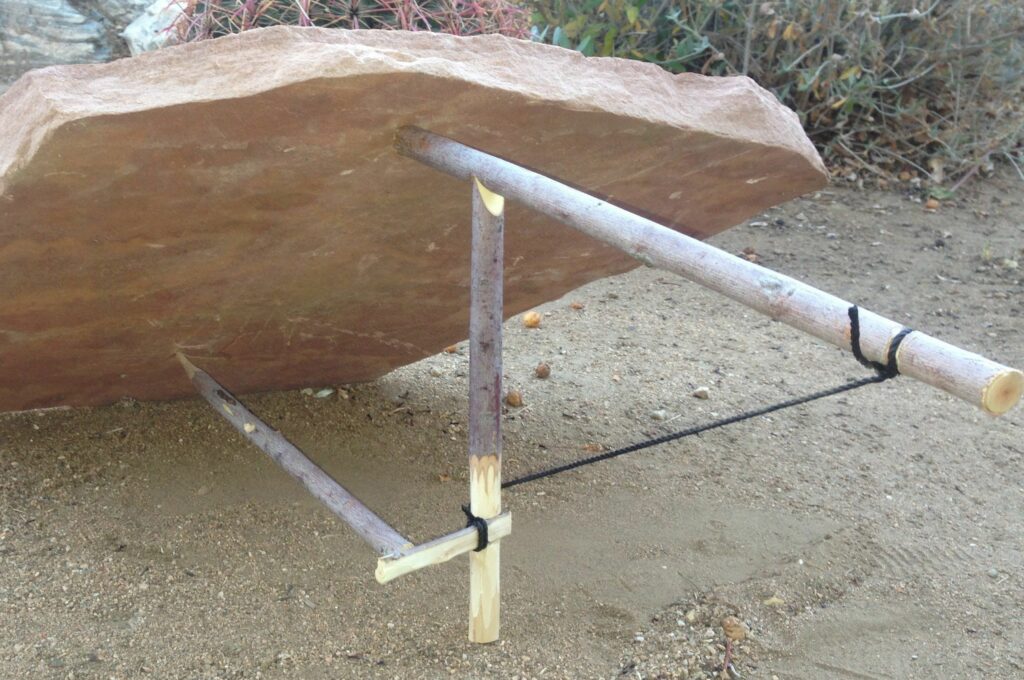 A no-nonsense guide to trapping your own food

There are many reasons you may want to trap your own food. Firstly, it is a very important skill to have if you are in an emergency survival situation, where you need food to survive. You may want to have trapped food, as part of your food self-sufficiency strategy. Or maybe you just like going out at weekends, and you like to test yourself to see if you can catch your own food rather than carry it with you.

By this I mean that if you decide to set a deadfall trap, then have a purpose and respect the animals you may catch. So, if you catch something then actually eat it. Don’t just set the trap for entertainment. If you leave the area, then disassemble the trap. Do not leave it primed. You should always leave no trace when out in the wild.

Also, you need to make sure you know what the trapping laws are in the place you are going to set the trap. Trapping laws are different country to country, and even state to state, and they can change year to year.

That is my disclaimer for you!

What is a deadfall trap

The name gives it away really, it is involves a large object which falls, it lands on the animal, and kills it.

That is the best option, at worse the large object is heavy enough to trap the animal to the ground.

You should have some idea of what animal you are likely to catch. An object that is 3 times heavier than the potential animal is a useful guide.

How to make a deadfall trap

Here’s how to make some quick and effective deadfall traps:

This is named, because… well it looks like a figure 4!

How to make a figure 4 deadfall trap

Take one piece of wood, and carve a point into the top, but carving two opposite side only. You do not need to make it into a stake by doing all 4 sides.

Carve the bottom, so it is flat. This is what will rest on the ground, you do not want the weight of the rock to drive the wood into the ground. Or you want it to sit nicely if you are setting the trap on a flat piece of rock.

When making the kindling style wood, it should be squared off on all sides, if it is not, do this now.

You now have a vertical stick.

Take a second piece of wood, and “round off” the top of the stick. Somewhere in between a point and a flat head, this needs to hold the rock in place. A rounded point works best as it can hold rocks better.

Now carve a notch into the same piece of wood, around 1 and a half inches below the point. The notch should be hooked at the top end, this should be designed to hold the vertical stick in place.

On the same side of the notch, and its opposite side, you need to carve a two -sided point.

You now have a diagonal stick.

Take the third piece of wood and carve a notch on the side that will be facing upwards, around 1 inch from the end. This notch will hold the tension, so it needs to be deep enough to hold the strain but not deep enough to snap the stick.

The notch should be shaped so it fits into the diagonal stick.

Now carve the other end into a sharp point if you are using bait like meat or fruit. Or make a “shelf” if you want to leave out nuts and seeds. The bait depends on the type of animal you expect to catch.

You have the notch facing up, on one side you now carve another notch in a shape that allows the vertical stick to fit into. Play around with the sticks first to see roughly where this notch needs to be made so that the vertical stick is vertical when the trap is set. It is usually about halfway.

You now have the horizontal or trigger stick.

Place a flat rock on the ground, so you can set the trap on top of it, this makes the trap more secure and prevents it from false triggering.

Hook in the diagonal stick at the top

Secure the vertical and diagonal sticks, with the horizontal stick.

Hold it in place and set one end of the second and largest rock on the ground. Then carefully place the other end of the rock on top of the diagonal stick. This locks the trap in place.

An animal walks along, notices the bait, goes to eat it, touches the trigger stick, the sticks crumble to the floor, the rock follows, and you have squished the animal.

You can now eat.

Possibly the easiest one to make but can be tricky to set.

How to make a Split Stick Deadfall Trap

Take the 2 pieces of thick wood. Make sure they have flattened ends, at both ends. Then carve a notch into the top of one stick, and at the bottom of the other. The two notches combined should be big enough to fit the thin stick into and hold it in place fairly tightly.

Take the 2 thick pieces of wood, put them on top of each other with the notches aligned. Then rest the rock on top of them. So that if you look through the notch hole, you can see the rock. The sticks should be at a slight angle, pointing into the rock, rather the straight up. This makes the trap safer and more secure.

Bait the pointy end of the thin stick, this stick is the trigger.

Insert the trigger into the hole very carefully, so that the bait end is under the rock.

When the animal touches the trigger by going for for the bait, it collapses the 2 thick sticks, and the rock falls and you have a squished animal.

You can now eat.

Easier to set the trap than the others, and there is a sensitive trigger, but you need more materials than other deadfall traps. So, probably better suited to planned trips, rather than emergency and survival situations.

How to make a Paiute Deadfall Trap

Push the staked end into the ground, one or two inches should be fine.

You bait the trigger by hanging or rubbing the bait along the trigger mainly on the half closest to the rock.

Now place the rock on the non-cordage end of the support stick. You maintain the integrity of the trap by pulling the cordage tight and towards the bottom of the upright stick.

The toggle is currently held in place, with one half crossing the upright stick, you should have one half just pointing out the other way. Now you must lodge the trigger stick between the rock and the end of the free side of the toggle. This locks the toggle in place.

This is by far the hardest part.

The animal comes along, dislodges the trigger stick, the toggle unwraps, the support stick collapses inwards, the rock falls, you have a squished animal.

Now you can eat.

If you are unsure if you have the bushcraft skills to build and set deadfall traps, there is an easy and convenient way around this.

You can buy a deadfall trap.

These are usually some form of steaks that lock together, which you can bait and set a rock on them.

This is my least favourite option, as I think you should take the time to learn the traditional skills instead.

The Pathfinder DF-4 Deadfall Trap Pack is one example of a trap you can buy.

Deadfall traps are really great traps, they are effective and great for all different climates and terrains.

They can be mainly be put together with what you can find in nature, which makes it suitable for a wide range of situations. Then you usually only need a knife really, but if you didn’t have one you could still craft yourself a sharp stone tool.

Deadfall traps are really effective at trapping animals, but they are dangerous to you too. You need to take the time to learn how to set them and be careful. They are designed to be “flimsy”, so that any small touch triggers them. So, be careful to not get your fingers and hands trapped when trying to set them, as the wild is not a good place to pick up a serious injury.