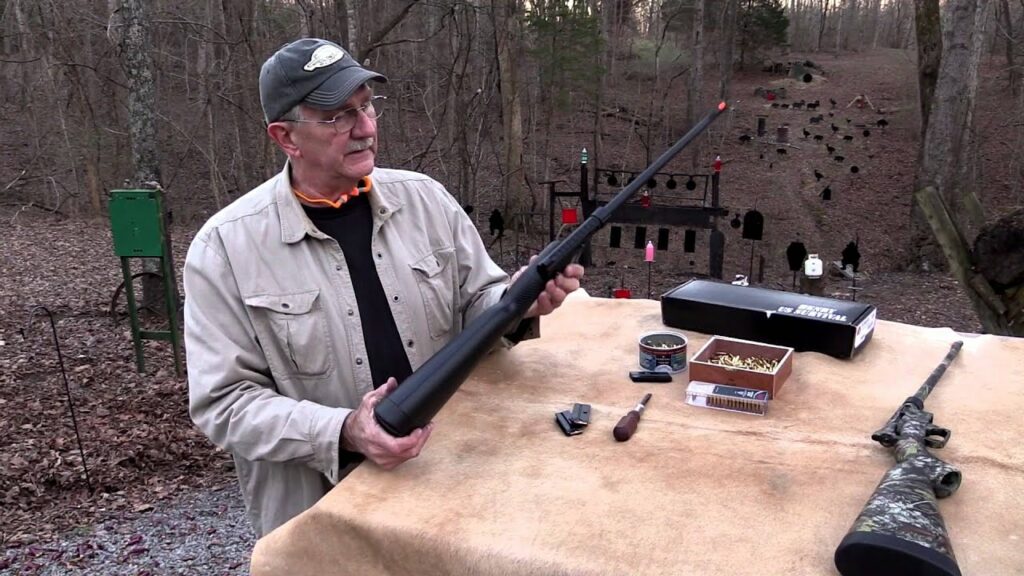 How good is the Henry U.S. Survival AR-7

Are you looking for a survival or a takedown gun? If yes, then Henry has probably made the most well know gun there is… but is the Henry Survival Rifle any good?

Let’s have a look.

Why is the Henry U.S. Survival AR-7 classed as a survival rifle

To me a survival rifle needs to be able to take down an animal for food, or to be able to protect me and my family from attackers or intruders when in the midst of a SHTF situation.

What makes this gun a big hit in the survival and prepper communities is that its clever storage design.

The stock is designed to store the barrel, magazine, and receiver inside itself. This storage system is also watertight, so it becomes perfect for your bug out bag, prepper pantry, disaster bunker, car, boat, canoe, truck, and lorry.

Do I want a gun that need assembling

There is no perfect gun. A gun that I want as an everyday carry (EDC) is totally different to one that I want to take down a terrorist attack which so happens to be starting on my front lawn.

So, for a lot of situations having a gun that needs assembling and disassembling is a pain. You wouldn’t have it as a gun to keep under your bed in case of a home invasion, but it is not designed for that.

It is designed for you to put it in your backpack at home, drive in your car to a river, jump in a kayak with that backpack, travel downstream, get off the kayak, walk through the forest, set up a base camp, get your Henry Survival Stock out of your bag, assemble it, and have a very handy and convenient henry survival rifle around camp and its surrounding area.

I am really impressed with the assembly and storage. If you can build your son a Millennium Falcon out of Lego, you can assemble this gun blindfolded.

I can easily assemble the Henry Survival rifle in under 30 seconds, it does take a little practise obviously but not that much.

Whilst the design and storage capabilities are clever and useful, there is a trade-off. The trigger is a bit narrow for my liking, the trigger is also perhaps a bit stiff, and the receiver is off-centre by design.

If you have a specific use and known conditions, then there are better rifles than this. However, this gun is designed to help you out in a variety of conditions and is lightweight and easy to carry.

For example, the original incarnation of this gun was designed by Eugene Stoner for military pilots to help their survival chances if they had to bail out.

You will be given the buttstock and it will be so light, you will think where is the rest of the gun.

Open the lid of the stock and shake the contents out onto your table or onto the floor. You will find the barrel, magazine, and receiver.

You line up the receiver screw with the stock and tighten with the plastic knob.

Now just use the indexing knob to attach the barrel and receiver to one another. Then the nut can be tightened by hand.

Put the buttstock lid back on.

Hey presto you now have a survival rifle to use.

When you put the buttstock lid back on, if you see orange then you do not have a complete seal.

This is important when you have just disassembled it and are putting everything back in the stock, because if you do not have a complete seal, then it is not waterproof.

So, if you then leave it in the rain or you wade through a river and the contents all get soaked, that is not Henry’s fault it is yours.

Thoughts on the Henry Survival Rifle

For the low price and for the fact it is an assembly rifle, designed to be light and easy to carry. I would say the accuracy is as expected.

It is obviously going to be beaten in an accuracy test by specialised rifle, but this gun is designed to take people and/or animals down in a survival situation. It is more than fine for those purposes.

I like the rear sight peep hole, and the bright orange front sight blade but you aren’t going to impress your friend with a tight shot radius at the weekend shooting range… SO WHAT.

This is designed for surviving in the wild and dangerous conditions.

There are a surprising number of accessories you can buy for this gun, for example you can buy a ACOG to put on the sight rail.

However, for the most part I think these accessories are unnecessary and just add weigh to your gun and backpack and increase storage space. Which means you might as well buy a more normal rifle.

It is a little too thick for my liking, and I wouldn’t want to be spending hours and days at the shooting range with it, but the reason it is thick is that it can store the receiver, barrel, and mags within it.

So, it would be very harsh for me to complain about an overly thick buttstock.

I am 6 foot and medium build, for my size, everything is easy to put together and manipulate. For example, I can quickly swap out magazines, the safety is in a sensible position, and it sits nicely on my shoulder.

It feels a little light and toy like rested on my shoulder, but that is because it is meant to be a very lightweight gun so what do you expect.

I have shot this gun in favourable conditions, heavy rain, and cold snowy conditions. It has worked perfectly each and everytime. Yes, a survival gun needs to be compact and light etc, but to me it MUST be reliable.

If the time comes and you need it in a true emergency or survival situation then you need to be 100% confident it will not fail you.

That is why I own a Henry Survival Rifle, because I know if and when I need it... then it will do what is needed of it.

Obviously on top of that you do need to practise with it, in both terms or shooting practise and assembly.

I use high quality ammo, usually CCI Minimag. I have heard reports that this rifle can jam with lesser quality ammo but that is the case for all guns in my opinion.

It surprises me how much time people spend researching what gun is perfect for them, but then fill it will absolute dross ammo and blame the gun if it fails.

That is nonsense in my opinion. If you use quality ammo, look after, and maintain your gun correctly, and then if it fails, you could then think about blaming the manufacturer.

In normal circumstances I would say the trigger is too narrow and a bit stiff.

However, you have to respect the trade off, as everything is designed to be light and store inside its own buttstock. So, you must give it a pass on some things you wouldn’t on other guns.

On the positive side, the trigger resets nicely and give a reassuring noise that instils confidence. It also has a long enough pull, that you feel you have control over it.

Just don’t be too hard on it and have unrealistic expectations. It preforms admirably under the circumstances it is designed for. So be aware of that if you buy and use it.

As I have mentioned there are different reasons to own certain guns, and these reasons are what make certain firearms better than others.

It is the same for survival rifles, you have to try to make best guesses on the type of survival situations you may be in and let that guide you in your choice of survival firearm.

So, the survival firearm needs to be versatile but also suited to your general choices, so you need to consider things like:

As well as having a lightweight survival rifle you need to consider the best ammo for it. You need to find ammo that is also lightweight, accurate, and reliable.

It also needs to be common, if you are in a long-term survival situation at some point you may need to replenish your ammo supplies.

So, having a well know and commonly used ammo will give you more chance of being able to get your hands on more of them in the future.

For example, the .22LR is very common, it is versatile, and is relatively cheap. Whereas a .22 magnum is arguable a superior round, but it will be a lot harder to get hold of if a survival emergency lasts months or years.

Hopefully, you have a bug out bag with 72 hours of food rations, but what if your survival scenario lasts longer than that? If it does then you might find that you need a rifle for hunting purposes.

However, depending on where you live in the world will depend on what type of hunting you will be able to do.

For example, you may live in an area where you will only find small game like rabbits or squirrels.

Then you will need a rifle that is suited to hunting small game, as well as ammo that suits smaller animals. You want a rifle and ammo that is accurate enough to hit small animals but isn’t going to blow them into bloody soup on impact.

Yet if you are in an area where deer or bison roam around regularly, then you would likely require a different rifle and ammo.

You will need something that is accurate over longer distances, but also powerful enough to take down the larger animal.

In a survival situation you may need to protect your home, property, cabin, base camp, goods, food, water source, family, and friends.

In general terms you are looking for somethings that is accurate, powerful, and something you can fire off multiple rounds quickly at various distances the intruder may be at.

You might be in a SHTF moment in a town, city, woods, mountains, or on a prairie.

You may or may not have a perimeter line, but at some point, you may need a firearm that protects you from a person or animal at short distances. Think less than 100 yards.

You want a firearm that is accurate, is quick to load and aim, is powerful enough to stop various sized attackers, and don’t underestimate an intimidating sound.

A gun that sounds badass sometimes is just as good a one that is badass. In these situations, reliability is probably the most important thing.

Happy shopping, and hopefully you will never truly need to use a survival gun.