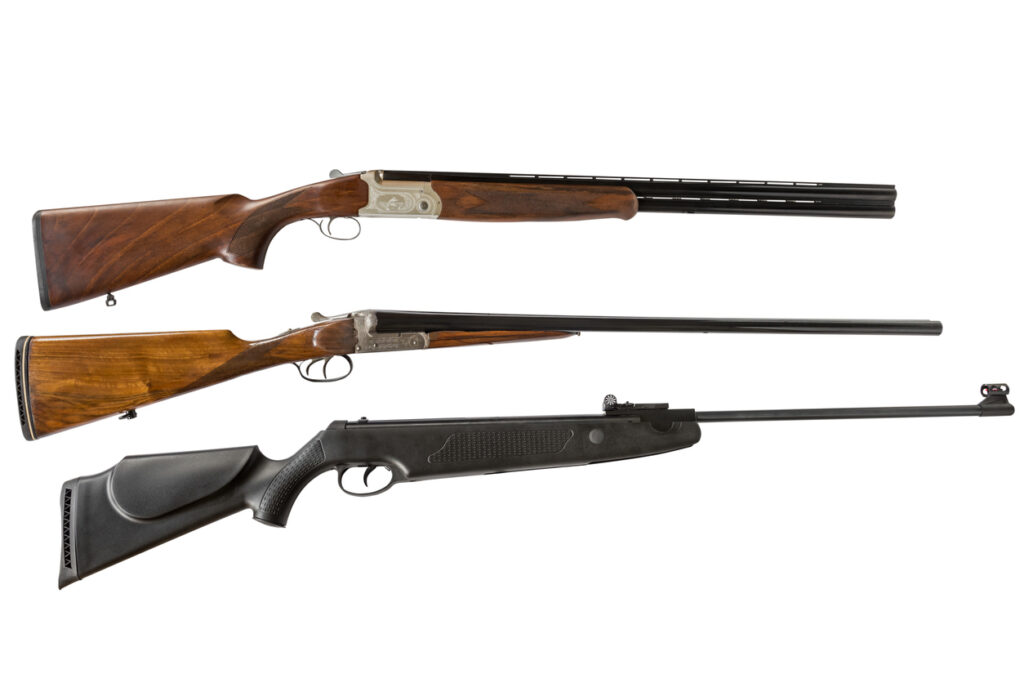 The 8 best double barrel shotguns on the market today

The double barrel shotgun is probably one of the most recognisable firearms to the general public, mainly through its wide-ranging use in a range of different movie genres.

From a posh English villain in his mansion doing a bit of clay pigeon shooting before telling the hero his entire evil plan, to criminals sawing the barrel down before trying to pull off a bank heist.

In the real world they are mainly used for hunting and sport. Shotguns are commonly used when hunting birds as shotguns are excellent at hitting small and fast-moving targets at a short distance.

They are less commonly used in Law Enforcement and the Military than they used to be, but they are still used for specific situations.

For example, they can be used with non-lethal rounds for crowd control purposes, and they can be used for security on Naval Ships as they are really effective for hitting and stopping close range attackers.

The reason why double-barrelled shot guns are used for bird hunting is that you can shoot two shots in one swinging motion.

This give you two attempts at one bird, or a shot at multiple birds if they are in a flock. They are also shorter than traditional single barrel shotguns, so they are easier and more comfortable to manoeuvre.

When I am out in nature wild camping, I live by the motto of leave no trace, when I have camped somewhere, if someone else walks by soon after then there should be no evidence that I was there.

This is one of the reasons I like shotguns, the cartridges remain in the barrel. So, you can empty the cartridges into your pocket or into a bag and you can take them away with you easily.

Shotguns are renowned for being extremely reliable and easy to maintain. This means that if you look after your shotgun, it will likely outlive you.

The double barrel shotgun is a simple design that is tried and tested, there are fewer moving parts than other more “modern” guns. Therefore, less things that can go wrong.

The only thing you really need to keep an eye on is the two firing pins in the trigger mechanism, if you keep these well serviced then there is not much else that can go wrong.

It has the best safety in the business. It is very clear to you and people around you if the safety is on, and it is therefore less likely you will forget and more likely that someone will remind you if you have forgotten.

The safety isn’t a little button or slide like on other guns, you have to cock the barrel otherwise know as the break-action. You basically detach the barrel from the trigger making the gun useless.

The choke tube can be specialised for specific hunts, but the great thing about having a double barrel shotgun is that you could have two different chokes at once.

I am a huge fan of double barrel shotguns; I have owned a tested a lot of them… you can believe that!

I do have my favourites, but it is hard to give you a ranking as the best shotgun for you really depends on what you intend to use it for.

So, I will just give you an alphabetical list of the ones I like the best and what they might be suited for. Which should help your potential purchase choice.

I prefer American made but Turkey do make a lot of really good budget shotguns and this is one of them.

This shotgun is relatively light, is well balanced, and you feel like you have a good level of control.

This means it is a good option for beginners, as it is easy to handle, and easy to become proficient with it in a short period of time, in whatever situation you are using it in.

The ATI Crusader is a great first gun option for anyone that is looking to get into things like game shooting, or into the sporting side without spending a fortune.

Then if you have gotten good use out of it, you could then think about upgrading to a more expensive gun.

I would say this is the over/under double barrel shotgun for the move advanced hunter. The reason I say this is that firstly it is expensive, so you do need to know you are going to be getting good use out of it.

Secondly, there are a huge range of options you can get which might be intimidating for novice shooters.

There are different gauge models, different barrel lengths, different drops, different casts, and a large set of chokes. This means if you know what you are doing then you can tailor this gun perfectly to your needs.

Whilst the whole gun screams quality, and you can tell it is made with premium materials, I actually found the design a little plain and underwhelming. It will be a good match for someone who likes minimalism and a simple aesthetic.

For any lefthanders out there, this might be a good option for you as the safety level can be adjusted to suit your needs.

Browning simply make excellent guns, and they are the pioneers behind a lot of the technology you will see in a modern-day shotgun.

The standout feature of this shotgun is its super low recoil. Meaning it is great for beginners to handle but is also comfortable for more advanced shooters who are out on long hunts.

This gun is at the expensive end of what your searches might bring up, but if your budget allows it then it should be considered.

This is because the reason it is so expensive is that it is extremely well made, by a brand you can trust, it looks beautiful, but is also robust and reliable.

If you look after it, then it will last your lifetime, in fact it will probably out live you so make sure it is in your Will!

Therefore, when you think of the cost, consider that you will never have to buy another one again, then the cost doesn’t seem that crazy after all.

Is this a perfect gun? Nope. However, for the budget price point it is excellent value for money. In fact, you will probably get move than you would think for the price.

The threaded muzzles and interchangeable chokes are great, the butt fits comfortably against your shoulder, it has a solid feel, a no-nonsense design, and is very robust and durable.

Due to the robustness and price, it is a great option for people who are a bit rough with their guns.

With some of the more expensive models, you don’t want to get them dirty or get really annoyed if you scratch them. With this one you can throw it around a bit and not be worried about it.

You always want to get the most bang for your buck depending on your budget, if your budget is very small then you could do a lot worse than this shotgun.

A hard to beat option for any serious hunter. I own the 12-guage, with the 26” barrel, but there are a seemingly never-ending amount of options available which could be intimidating to some people.

If you do buy this gun you are buying a gun that has a high level of reliability and is a very fast shooter. This rapid-fire capability, excellent sights, and smooth swing make it a great option for all types of bird hunting.

I love the design; it is traditional yet contemporary. The only drawback I found was the recoil is on the heavy side, but it isn’t overly heavy.

I have carried and shot this on multiday hunts, and never found it that it became uncomfortable or cumbersome.

If you have a passing interest in shotguns, then you will have heard of the Stevens company and its rich American history.

However, do not presume you are getting an American made gun here as you are not. As with a lot of good quality shotguns under $1000, it is Turkish made.

The issue I have with a lot of the budget model shotguns is that the trigger isn’t always of the quality I would want, but the trigger system on this is pretty decent and would match up well against shotguns that are much pricier.

It looks more expensive than it is too, with a classy walnut finish people will presume you have spent more than you have and will be shocked when you tell them how cheap it was.

This shotgun doesn’t excel at anything really, but it is not a dud at anything either. It is just a very sensible gun, that preforms adequately at everything you use if for.

That might not sound very exciting or appealing, but it your budget is around the $700 mark then that is the best you are going to get. For a $700 shotgun to have no real glaring faults is pretty good in my book.

So, this would be an excellent option for a beginner or an occasional hunter/sports enthusiast.

It has the classic walnut finish, but for a budget gun I was pleasantly surprised to find it has a 24-carat gold inlay as standard. I found that a nice touch at the price point it comes in at.

Surely everyone owns a Winchester right? It is just one of those classic brands you want to own, even if they are crap haha. Which Winchesters aren’t by the way!

Maybe I am more likely to like Winchester guns because I was a big fan of the TV show Supernatural and was a little obsessed with the Winchester brothers.

A good sporting double barrel shotgun is naturally a good gun for hunting, but I would say this gun is probably more suited to people using it for sport rather than hunting.

They have spent a lot of time perfecting the back boring, and it produces a very accurate shot splatter. The non-slip grip is also a great addition for competitions.

Probably the best sport double barrel shot gun for under $1500 but it does pale in comparison to more expensive options, so it depends on your budget.

Double Barrel Shotguns are iconic and riddled with tradition. They are stylish and full of history. They are excellent at doing what they are designed for, but they are limited when used in other situations.

This is the same for nearly all guns, and that’s what you need to consider when thinking about purchasing any gun… what you intend to use the gun for is extremely important when making a purchase because I will tell you now a double barrel shotgun is a terrible everyday carry (EDC) haha.

This criterion is especially important for shotguns because they are relatively expensive when compared to other gun styles. So, you do have to be sure you will get good use out of it.

Most double barrelled shot guns have a greater degree of being handmade rather than mass-produced. So, you are paying for that expertise and time they take to make.

Therefore, it is an expensive purchase if you are just going to leave it in the garage.